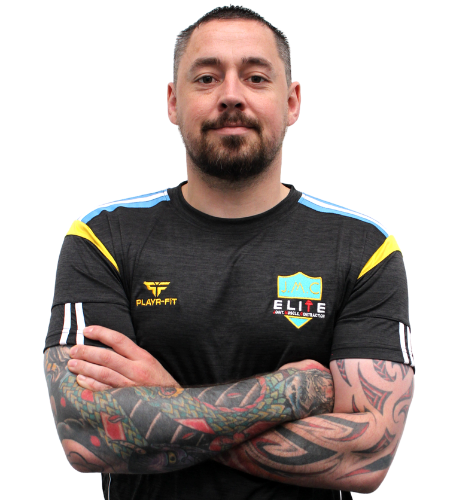 The use of rest intervals in between repetitions has been shown to improve performance in exercises that demand an optimal barbell velocity for power development (Haff 2008). The idea that inter-repetition rest could improve performance was hypothesised by Haff et al. (2003) by suggesting that traditional sets decreased barbell velocity and peak power output with each repetition of a standard set. The idea of a rest interval between repetitions or cluster, was suggested to allow for greater performance of each individual repetition of the set. Fatigue during a resistance training session can severely reduce movement kinetics due to a combination of central (neural) and peripheral (muscular) factors (Chalimoniuk et al. 2015), (Duchateau et al. 2016). The development of fatigue, whether central or peripheral, is considered adverse to the development of force and power due to reductions in neural drive and/or disturbances to intramuscular homeostasis (Gandevia et al. 2003), (Kent-Braun 1999). This may be caused, at least in part, by an increase in blood lactate concentration and reduction of adenosine triphosphate (ATP) and phosphocreatine (PCr) stores. Although fatigue was previously thought to be a positive benefit in strength one repetition maximum (1RM) training it showed adverse effects for power (Haff et al. 2003). It was later thought that for optimal power development that a rest period of 15 to 20 seconds between repetitions (reps) would see an increase in peak barbell velocity and peak power output because it allows the athlete to experience partial recovery (Haff et al. 2003), (Haff 2008).

There are several different clusters sets that can be incorporated into a periodized training schedule.

Standard Cluster (basic) is a set in which resistance is held constant across the chosen series of repetitions. There is for example, a rest in between reps of 20 seconds until the set of five repetitions is complete, then a longer rest of two minutes before starting the next set. This can be written in programs as 3 x (5/1).

Extended cluster (alternative) is where one set is made up of what would have been three or more traditional sets. For example, instead of a three by ten reps the set would be separated into 30 reps with a rest interval in between each rep, until 30 reps were completed making it one big set.

Rest pause cluster (alternative) is where a person performs as many reps as possible then rests for 15 to 45 seconds and repeats the set again until failure. This is very popular in bodybuilding style training sessions where the goal is hypertrophy.

Each of these cluster can be used in different blocks of a periodized training plan for effective results. Rest periods can be altered for an increase or decrease in physiological stress (Cluster Sets – Current Methods for Introducing Variations to Training Sets, with Greg Haff 2017). For example, rest paused cluster sets can be used in a block of hypertrophy using single joint exercises for isolation of a muscle that needs to be bigger. One of the first recommendations for the use of cluster sets was for soccer athletes in 1987 by Roll and Omer. They recommended using two to six repetitions at 2-6RM with rest periods of 20-30 seconds between each repetition (Roll & Omer 1987).  Later research carried out by Hansen et al. (2018) showed that clusters used with the squat jump exercise showed four percent increase in power output with a group using a cluster set configuration compared to a group using traditional sets. Although the study by Hansen et al. (2018) examined recreational subjects, a study on elite rugby players by Cronin (2011) using the same cluster set configuration and the same exercise seen an increase from three percent to nine percent in peak power output. Other studies such as that by Brown et al. (2016) found an increase in strength trained individuals from nine percent to 16 percent using cluster set structures as compared to a traditional set structure. The results from these mentioned studies would suggest that clusters are beneficial in power production for both recreational athletes and elite athletes.

The bio-energetic response during a traditional set method of training sees an increase in ATP turnover, an increase in ATP production from the phosphagen system and an increase in ATP from breakdown of glycogen otherwise known as glycogenolysis (Beachle et al. 2008). This metabolic demand is associated with lower peak power performance as the athlete is becoming more fatigued. The phosphagen system is primarily used at the start of any activity regardless of intensity and provides ATP during exercises of high intensity (Beachle et al. 2008). The phosphagen system relies on the reaction of ATP and creatine phosphate as well as the enzymes ATPase and creatine kinase (Beachle et al. 2008). ATPase catalyses the hydrolysis of ATP and that then forms into adenosine diphosphate (ADP) which releases energy. To start the cycle again creatine phosphate supplies a phosphate that combines with ADP and it becomes ATP again (Beachle et al. 2008). Because the ATP and creatine phosphate are stored in the muscles cell in small amounts, the phosphagen system cannot supply energy for continuous high intensity exercises used in power training. The rest in between repetitions when performing clusters, allows for the replenishment of ATP and therefore allows greater force production and performance of each individual rep in power-based exercises. The study by Haff et al. (2017) that used the bench press to compare the effect traditional sets and cluster sets have on blood lactate levels, saw a reduction in blood lactate in the cluster trained group. This may give insight into the mechanisms responsible for driving greater strength and power adaptations following cluster set training. During the rest period the body is able to resynthesise ATP and creatine phosphate which are needed for high intensity work such as power training. This shows that with more rest, reduction in lactate build up in the blood and the resynthesizing of high energy molecules allows for more muscle function to be preserved. More details on rest period will be mentioned below.

If the aim is power development, it is important to note that power endurance is best trained using a shorter rest time and maximal power production is best used with a longer rest.. As mentioned above, this may be because of the replenishment of ATP which allows for greater energy capacity and force production in each rep. Power production that follows a strength block in a periodized training plan might be best programmed so that power endurance is the focus closer to competition. The athlete then will be better enabled to handle repeated bouts of energy such as sprints that reflects the demands of the sport of rugby as stated above. As mentioned in bioenergetics it is important to take into consideration rest times and the biological response to cluster when prescribing them and placing them into a periodised training schedule

The traditional set method is structured with no rest in between reps that are combined in a set. Only once the set is complete, then the athlete can take a rest for a predetermined amount of time before the next set. This configuration is repeated until the targeted number of sets that are prescribed have been completed. Regardless of how the sets are structured, reps are largely affected by the way they are executed. For instance, explosive concentric only muscle contractions have been shown by D’Ottavio (2012) to enhance type two muscle fibres resulting in a greater carry over to explosive sports when compared to slower muscle contractions. To further acknowledge the importance of repetition performance Hardee (2012) and Carballeira (2012) found that fatigue quickly increases when repeatedly performing explosive movements under load using a traditional set method. This was made evident in a study by Calbet et al. (2012) that confirmed the loss of energy. When performing a maximal effort single leg press exercise, energy availability in the muscle was decreased as a result of an accumulation of by-products in the muscle. More recently, the work of Gorostiaga et al. (2012) found that although decreases in power output due to fatigue can reduce movement velocity, especially when the number of repetitions in the set increases, it is beneficial to know that such fatigue can be useful for inducing a hypertrophic response. This hypertrophic response may be beneficial because it increases the time under tension and myoelectrical activity toward the end of the set. This method has been shown to be beneficial for hypertrophy and strength gains but is not beneficial for increasing power output (Gorostiaga et al. 2012).

It has been mentioned above that working at higher intensities can be a limiting factor when aiming for higher reps. The displacement of cluster sets allows the performance of volume that would normally be targeted with traditional sets but with less technical breakdown or allow the athlete to hit more reps. This added volume can be another catalyst for building lean mass. Barbell displacement has also been seen by Hardee et al. (2013) to improve when using cluster sets compared to traditional sets. For coaches, this could be a great addition to a programme because it gives the athlete a time to reflect on the previous reps in a set and allows for more coaching ques that will also sharpen technique.

Helping with Plateaus in The Gym.

If traditional sets become stale in the gym, cluster variation can add variety to the training with the added benefits of being more beneficial for power production and adding quality volume. Increasing speed of the lifts can help break through sticking point to break through plateaus that might occur using traditional sets (Siff  and Verkhoshansky 2009).