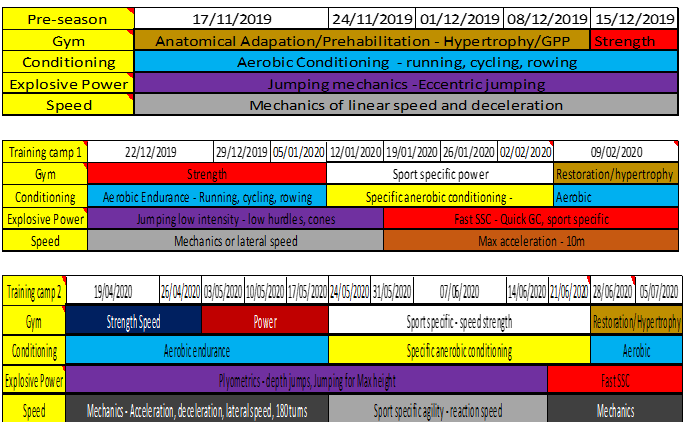 Important to note that the max indicates that point where oxygen levels off, and the intensity of exercise increases.

Vo2 Peak is observed when O2 does not level off during a Vo2 max test, which is considered to generally be the best test to measure aerobic fitness and cardiorespiratory endurance. As well as being a good test for fitness it can also be used to measure a person’s aerobic potential. Like mentioned before, as exercise intensity increases so does oxygen intake but when oxygen is not consumed any further and oxygen plateaus, this is known as your Vo2 Max.

Now that we know about Vo2 max testing it is important to mention Lactate Threshold. Lactate is a by-product of anaerobic metabolism and produced at all levels of intensity. When lactate is produced quicker than it is absorbed by muscle cells then that indicates a person’s lactate threshold. Therefore, it is important to find threshold in athletes and endurance-based sports.

🌟What happens after threshold is reached and intensity continues to grow?

Factors that change the rate at which lactate is produced:

It is important to remember that Vo2 max testing shows both maximum oxygen uptake and also the lactate threshold. Some people will feel a vo2 test is hard on muscular endurance rather than respiratory. For example, if a marathon runner finishes a test they might report the cardiorespiratory system reached max but somebody from a sport where legs are not used such as a kayaker, might finish the test due to not having the endurance in the legs. With this in mind it is important to use equipment specific to the person and also ask the person how they felt during it and after it to get more details on the accuracy of the test.

The lactate threshold is measured as ml of oxygen, per min, per kilo of body weight. A person can have a low vo2 score but a high lactate threshold test so vo2 testing is just one side of a complicated story. For example, a person that has good stride economy through power and strength development, won’t work as hard as a person with lower economy and therefore can work for longer. It would be advisable to increase all factors such as technique, strength and power for stride economy and then build energy system to allow the person to do continuous work.

🌟Now, what is the difference between the anaerobic and aerobic energy systems?

It is important to note that all energy systems use different types of fuel at different times but there is always a main fuel source for whichever system you are looking to develop.

Adenosine triphosphate (ATP) is a molecule that provides energy for all types of movement. The phosphagen system utilizes ATP for highly intensive exercise or activities that last from 10 – 30 seconds. For example, a 100m sprint. ATP stores are limited so once 30 seconds has past of intense exercise your body will tap in the next system, the glycolytic system

The glycolytic systems main fuel source is carbohydrates which help to produce ATP. This fuel system is utilised in exercises lasting 30 seconds to 3 minutes. For example, a 3-minute round of kickboxing. Once this system has ran its course another system comes into effect, the oxidative system.

Cardiac output method requires exercise with a low intensity for 20 to 60 mins. When I coach clients, I like to talk to them every now and again to analyse the intensity of effort. This method should be about RPE ¾ on a scale of 10. This method is great for improving the hearts’ ability to pump oxygenated blood to working systems over time.

Now that you have gone through a pretty quick description of the energy systems, I will try to best explain how I programme the development of these systems.

Below is an example of a general population client strength and conditioning weekly training schedule.

This structure is designed in a concurrent system which is my preferred way of programming if it is suitable for the individual.

Another way to build the energy systems would be to use block periodisation which involves focusing on one energy system for a determined amount of time and use that to build on for the next system. Remember that explosive power training and the specificity of the sport will also develop the systems needed for the sport so a stress management system would be advised. For example, steady state training in the pre-season block could see increase in time from 20-minute runs x2 per week to eventually being able to steadily train for 120 in elite athletes. This can be anything from Jogging, swimming, rowing, cycling, sled dragging etc… As long as it’s no more than 75% of maximum heart rate and/or working below that lactate threshold. From there, anaerobic conditioning can be built and then progressed onto sport specific conditioning.

For example, 6 x 15 second sprints at max effort on assault bike with full recovery in between rounds. Then onto repeated wrestling shots for 15 seconds with sandbag carries as recovery to mimic a grappling scenario.

🌟The way you programme and the exercises you use depends on:

If you want to work with me to improve your strength, conditioning or your recovery from training/sports, then leave an email with the word “interested” and we can discuss at mackelitejmc@gmail.com