My journey before becoming Personal Trainer at JMC Elite

I was born in Manchester, England in 1987. Since I was young, I was massively into sports and loved soccer, swimming, and gymnastics. My main focus though, was soccer. I played soccer for as far back as I can remember, and my local team was a feeder club for Manchester United. When I was nine and a half years old my parents decided to move back to Ireland to Portlaoise. I found it hard to settle in as the biggest sport for me at the time that I loved was not as popular as it was in England and the training was nothing compared to it either.

With finding it hard to settle in and also being the new guy in the class I was bullied quite a bit and found it hard to realise why. Then I concluded that if this were to stay happening, I would not find my way in a new country, so I decided to fight back. The only issue with this is the only place to go to learn to fight was the boxing club and I soon found out that that was where the lads that used to bully me trained so I left. But I still stayed fighting, but untrained. When I hit 19 a friend asked if I would be interested in starting up kickboxing with him, a friend of his was starting his own club and wanted his first members. Seen as I found myself getting in fights, I decided I needed discipline and somewhere to channel that kind of fighting energy and it was always something I wanted to do from my school days. So, I studied Kickboxing under Tommy Delaney and within a year of training I got very good.

I trained 5 days a week kickboxing and 3 weight training sessions. It was Tommy that introduced me to weight training as he was a qualified personal trainer at the time. I competed in many kickboxing tournaments, but found the light continuous form of combat did not really suited me. In the time I spent by tom he has seen the focus I had and invited me down to train with him under his trainer, the late PJ Bennis. PJ was a genius and I got that feeling when I was around him that he was a true master of Martial arts. It was under PJ that I studied Thai Boxing. During the last few months of my focusing on kickboxing, I had an accident that broke my neck, and I was told to lay off kickboxing by doctors and see if I could find something different to do. This did not sit well and so I wanted to start BJJ. 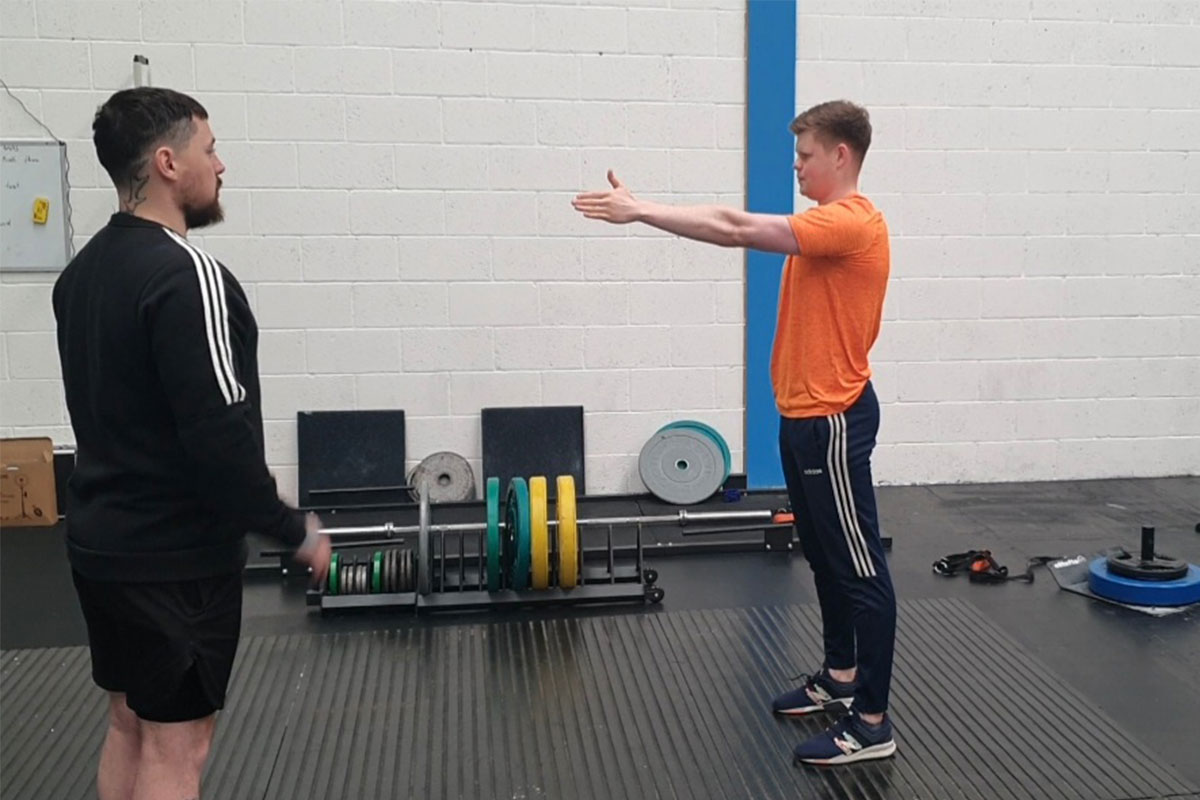 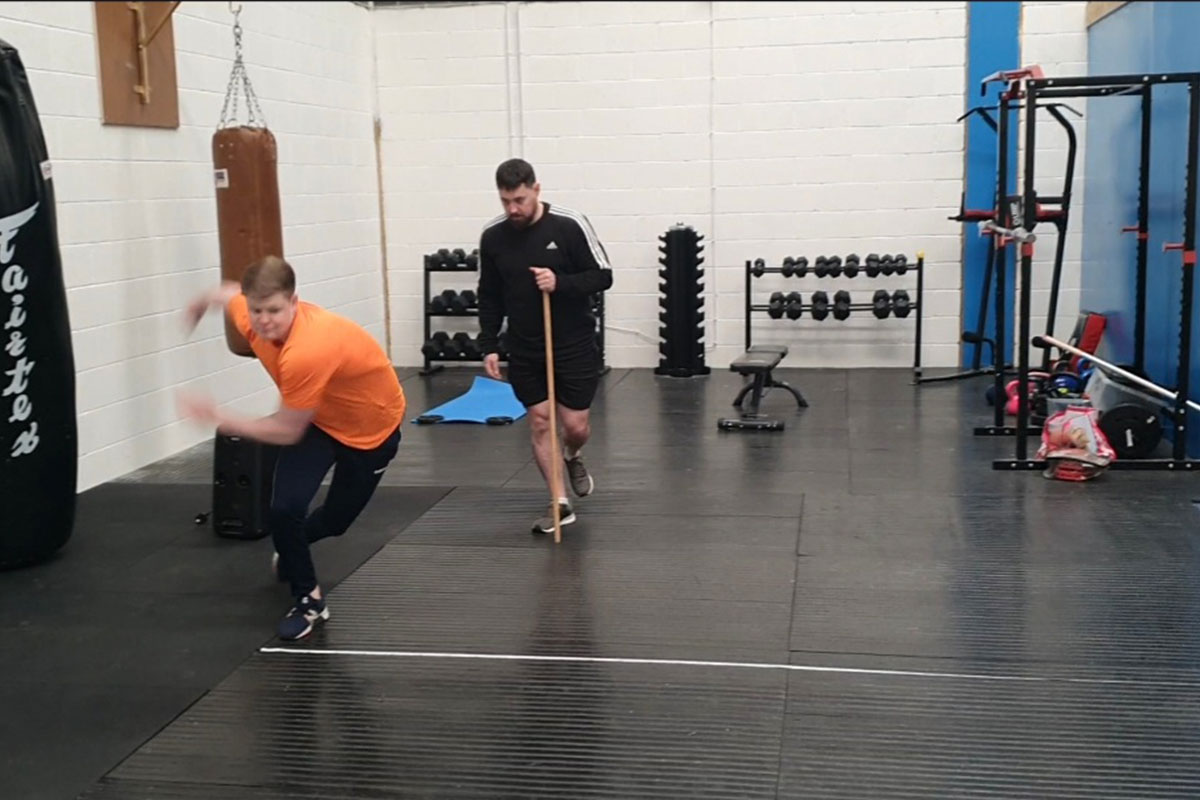 So about 3 years in striking sports I decided to try out BJJ under Mick Aldridge of Athy BJJ. I never forget the first time walking up the steps of the hall where Mick teaches and the noise of the lads rolling and the sweat and moisture in the room. To be honest, it was terrifying and exciting. Keep in mind, I did not start this with friends I went alone with only the knowledge of ground fighting that I picked up watching the early UFC when I was younger. Mick was a fantastic coach to have at the time, the energy was great, and I really learned to love the grappling side of martial arts. With this being said, my thirst for full contact competition was really still there so I left after about a year and a half and started training under John going back in Portlaoise in an MMA school. Here I met great training partners such as Kieran Davern (BJJ Blackbelt), Charlie Ward (Pro MMA fighter UFC and Bellator), Kieran O’Donnell (BJJ brown belt) and Mark Conroy (BJJ brown belt). I mention these lads because it’s very rare to have people stick at BJJ for that long from the one place. But we were all each other’s training partners that to this day are still at it and on the biggest stages in the world. This also taught me the valuable lesson of training partners. Portlaoise had a great team, and this is what I want to build today.

After a 1-0 record, there I moved to Australia for two years and trained under a personal trainer Pedro Sauer affiliated gym Nexus BJJ that was run by a fantastic black belt Murat Karadenizli. Murat was a multiple time Australian and pan pacs champion and opened my eyes to many things in BJJ and also the lifestyle. Through that gym, I met many great black belts in Australia. I also met a man called Ali Abdo, who was a 4-time Olympian for Australia in the sport of wrestling. When I found Ali I had to train with him so I trained under him and his brother at the Melbourne Wrestling Academy. Ali introduced me to the importance of strength and conditioning to make it to high level competitions such as the Olympics. This gave me my massive interest in human performance, which when I came back to Ireland, I decided to jump in and start studying at the age of 25.

When I came home, I studied in the local PLC college and done one year studying Gym Instruction and was then able to fully leave my job in construction and started working in a leisure centre. I then signed up for another year to study personal training and then was able to work outside of work hours and start building my base of clients. From there I was accepted into the level 8 Sports Strength and Conditioning course at the Thurles campus of Limerick Institute of Technology (LIT). During this time, I was training in SBG Tullamore (owned by Kieran Davern) and volunteering, coaching everything from kickboxing, BJJ and Wrestling while also working with Eanna Shalvey in Galway as an athletic development for Gort GAA. I eventually gained my Purple belt after many setbacks of college commitments, injury, and surgeries. I then gained my honours degree after 6 years of studying coaching, gym-based exercise and strength and conditioning.

Being a Personal Trainer and built my empire

Since then, I have moved from a small personal training studio to a warehouse gym in Portlaoise. I really hope I can coach and pass on knowledge while still learning from all my clients and future employees. I really love the sense of community that I found was evident in the most productive gyms I attended. This is something I am looking to build in my facility from youth development right through to older adults.

I first started martial arts when I was 12 doing Kempo karate but did not stay on it for too long. A few years later I began training in boxing, which led me to kickboxing soon after that. Kickboxing really took my interest as it involved the use of kicks with the most popular punches from boxing. This mixing of martial arts really is what kept me interested and motivated to learn. After competing on the national circuit for about 2 or 3 years in light continuous competitions I took up Thai boxing in limerick and BJJ in Athy because again, it was a mixture of martial arts which meant that the scope of techniques to learn was massive.

The fact that BJJ was a ground-based art and completely different to other standing martial arts also kept me intrigued. So, I studied all the various martial arts before I joined my first Mixed Martial Arts gym in Portlaoise where I could mix all the arts together for sparring and competing. After two years of training there I moved to Australia for two years in pursuit of a new lifestyle and to gain more knowledge in other arts. The main thing I wanted to learn was wrestling where I was lucky enough to come across a three-time Olympian at my local BJJ school and I trained with him for the length of my stay in Australia. It was at that BJJ school that I was awarded my blue belt in 2012. When I moved back from Australia the MMA gym, I had trained in and the lads there had disbanded and one of them (Kieran Davern) opened his own gym, SBG Tullamore. I have been a student under Kieran since my move back from Australia in 2015 and I was awarded my purple belt under Kieran in 2019.

Come join J.M.C Elite and look for me to be your personal trainer! Let’s discover who you really are and be a part of a productive community. 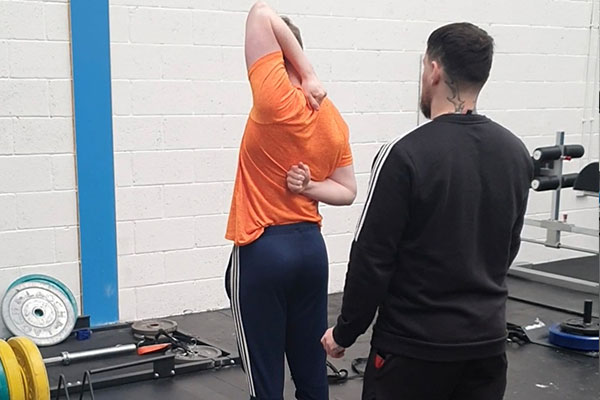 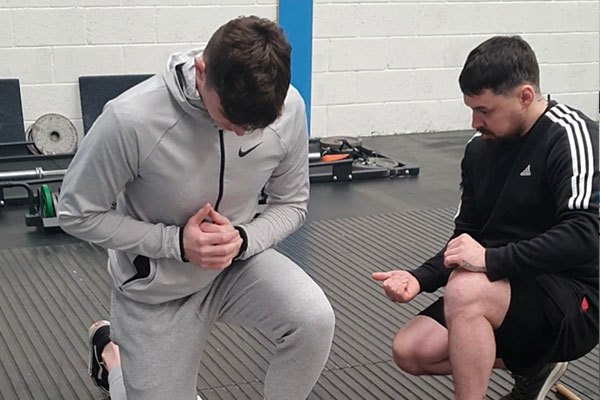 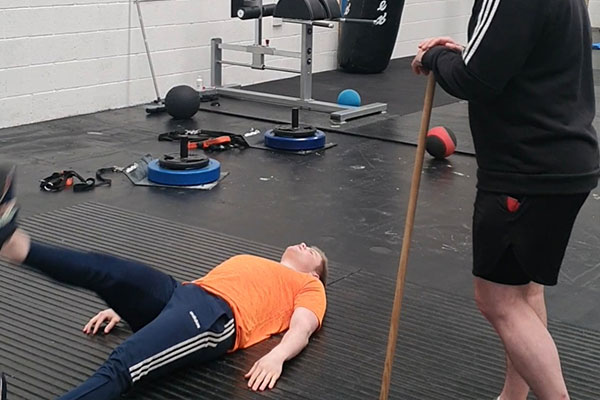 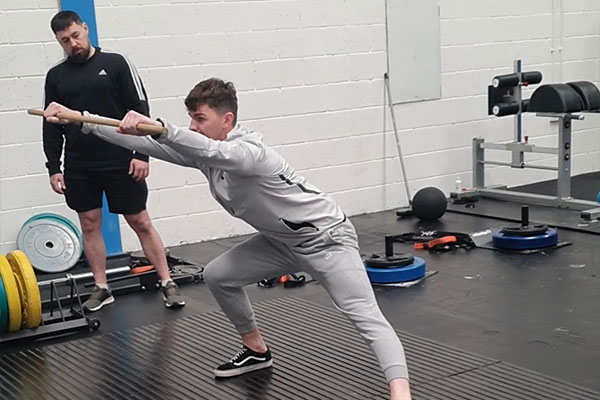 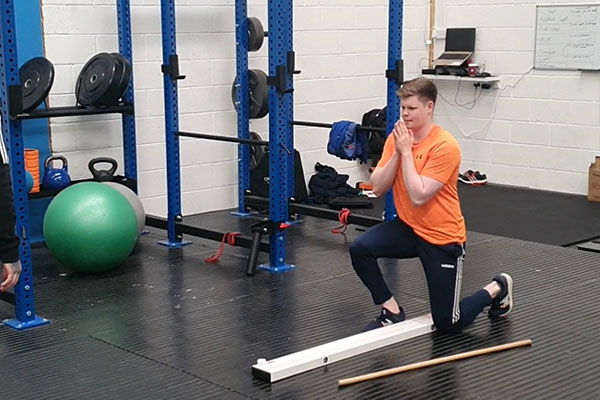 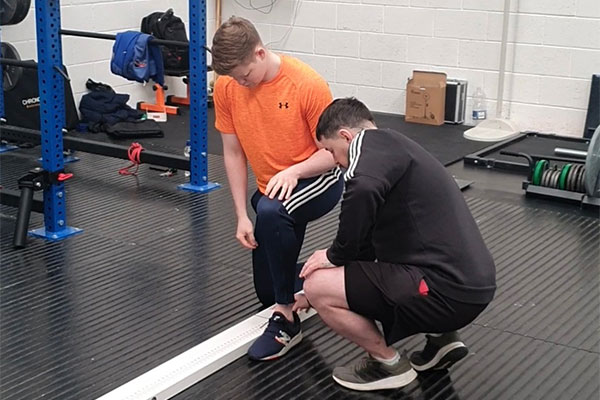 Join the JMC Elite family and experience everything under one roof and clean fun!